The smoke oil.residue is wetting the tailwheel and bungee so I have decided to create a new boot to protect

Tried 1.4 instead of 1.5 on the mixture and smoke was a little less ‘full’

Last Sunday we finally had a slight lull in the weather and .. having fuelled up … loaded about 30% of smoke oil into the oil tank.

Having started up and warmed the engine whilst waiting for the fueller to arrive I had a nice warm engine so was ready to taxi out pretty much straightaway.

I made a quick mobile call to Jersey ATC to request circuits and also advise that it would be a second test of the smoke system. There was a short delay whilst the clearance chap checked out with the tower and all ok.

Duly taxied out and lined up on runway 26 at Jersey .. with a nice warm engine … I had said I would probably do a full normal circuit before doing a long runway pass at say 700’ and try the smoke on and off serveral times.

Just after take off .. I banked out left towards Corbiere lighthouse and quick glance in my new small rear view mirror … thought .. let’s just flick the smoke switch for say 2 seconds and off…

Lots of lovely white billowing smoke and stoped the instant you turned off. A few more on,off combinations and works a treat.

Clearly my previous setting of 2 full open valves on the mixture was way too rich .. Smoking Airplanes had suggested trying something between 1.3 and 1.6 .. I tried 1.5

Awesome smoke trail ..and BEST thing … if you waited for say 2-3 seconds and then looked back .. you could see the biplane wing wash and prop wash swirl beautifully symmetrically in the trailing smoke.

Will try a rear facing go pro on the next flight ….

Bad weather circuit at Jersey .. try to always squeeze one in depending on traffic volumes

It’s really good practice to see if you can get one of these tighter circuits in or you get used to very large semi cross country circuits … the tighter ones keep you on your toes as everything happens much quicker and .. just as you turn crosswind .. you bank over to turn downwind … then it’s ready for base

The last landing is a little too fast … you can see the starboard wing just lift a little as the tail comes down …. but you can also see how quickly the speed falls away .. combination of super sticky international runway … grooves cut at right angles across the runway to encourage water to dissipate … and also low pressure larger tyres .. running at around 11psi

Here is a slightly fast approach around August 2019 …

It was slightly choppy conditions but I planned a touch and go and … as you can see … the touch was ok but the starboard wing lifted a little as the approach speed was too fast .. 😊 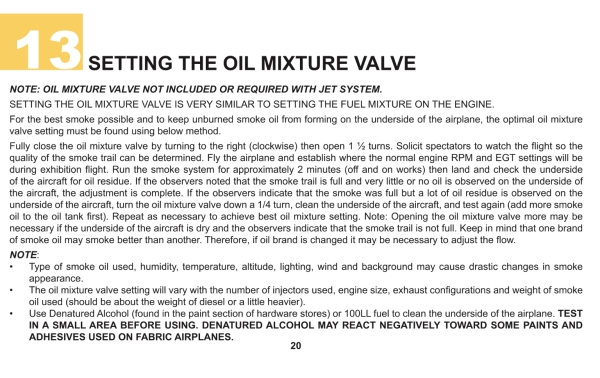 The other day was a very cold but at least clear day so I half filled the smoke oil tank with baby oil and ratcheted the securing strap up for its first proper air test.

I’ll need to source a better power plug connector .. these ones with crimped spades that push into plastic connector blocks are very weak … but should be ok for initial test.

Getting in was its usual squeeze in the winter.. with around 5 layers on .. its cosy though and you soon dont feel the cold as everything gets going

I’d pre briefed I think it was Russell in ATC that I’d like to do a circuit just to make sure all fittings were stable and my feet remained clear of all fittings in terms of rudder access and pump … and then advised I’d like to do a straight pass over the runway at around 800′ to try the smoke …the idea being that if anything was to happen .. I could dead stick down ..

All went fine and setup the approach for the first 800′ overly… slight thing to factor was an ATR had just take off as I was on short final so I was advised to turn before I flew through his prop wash at the end of the runway .. not a problem as I usually turn just before the end to clear the centre line

Anyway … my little wing mirror I fitted a few weeks ago revealed zip coming out of the back .. tried the switch several times and nothing…

Checked all fittings and switches and fine …the realised.. doh … to prevent any spillage I’d turned the flow valve fully off … this means loading the tank is a nice dry affair ….

Anyway .. valve duly turned on and a hop back in and clear prop .. restart …and hey presto .. smoke … not as billowy as I’d like.. but smoke

Turned mixture , flow down from 2 full turns to 1

Hopped on again …and restart… not much smoke.. but less liquid …

So need to check what flow valve setting is optimal and also emailed Smokin Airplanes in US to see what is best burn rate for oil on this type of.engjne … prob better at revs around 2700 vs on hard standing around 1800