Did a load of close bad weather circuits with lovely variations of touch and go’s … got high on one approach so tried the old Stampe crossed controls and side slipped off the excess ..

Heading off to the South East (training) area I climbed to just over 1,400’ and then did some nice steep turns and figure of eights and some stalls and dives ..

Eventually .. and mainly because even my 4 layers weren’t keeping me warm enough – certainly in the foot area ! .. anyway .. decided to land .. 1 hour 30 and around 8 landings in

Fuelled up and went to put her away and thought no .. fire up again … good to practice hot start technique on the jabiru 2200 … no choke … and slight open throttle .. fired at the first touch and ticked over beautifully

Maybe I was distracted .. maybe the cross wind had got up a smidgen … but I def rounded out too fast ….

Trying to get the tail down the port wing lifted – into the now slightly stronger cross wind, right wing went down ,. Scrape … at this point you are a passenger and can only steer a bit with your feet.

Left the runway onto the grass .. pulled the throttle right back and stopped the engine .. stick full back … and came to a calm standstill .. just short of the PAPI s

Tower calmly asked if I needed assistance … started first touch and my nice big tyres let me drive her around and off and back onto the runway .. quite a step up to it .. so took it very steadily …

Was accompanied back by the fire crew ! Inspected runway and only a green scrape mark .. brushed the bottom of the aileron and left a smooth mark of about 3” diameter …

lesson learned … get your speed down on round out ! 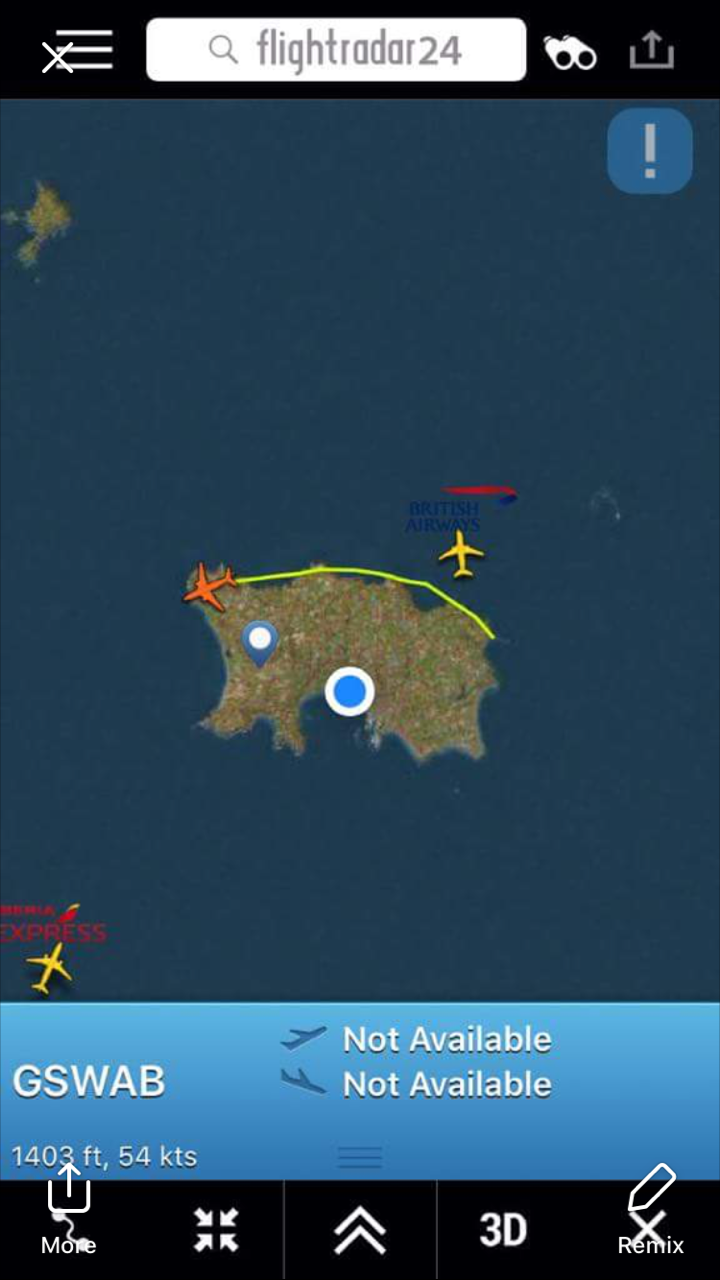 A very good friend of mine once said ..”It’s not over until it’s back in the hanger with the covers on”

Been hoping that better weather arrives soon .. have managed a couple of short local nips around the island and, best of all, have established a ‘usual starter’ of 2-3 bad weather circuits to start off with each time.

This means that I can get a take off and landing inside about 3 minutes ! Better than the usual 15-20 with the odd ‘position behind the A320 Airbus, recommended distance 5 miles’ which sort of elongates the touch and go’s somewhat

Still Jersey ATC are brilliant and very accommodating and so my now usual very close circuits (inside the airfield perimeter) mean I keep my landing training levels high .. already done around 78 landings since start

Finally .. with Spring allegedly approaching .. I managed to get her airborne before work .. a pull out of the hanger just after 7 and then started first touch in the cold cold morning.

Had planned about 60 mins but had to curtail when the radio went offline downwind ! I’ve had this once before and narrowed it down to a bad crimp … have commented earlier on this .. guess what .. found another similar bad crimp .. may re do the whole panel in the summer !

Duly located, photographed for evidence and sharing my slip up ! And then man handled the loom and couldn’t get it to go offline again

Graham, my (real) engineer cohort reminded me that pretty much every commercially built light aircraft has a radio master override .. ie battery to switch to fuse to radio … have a switch and just ordered another 5A fuse from LAS so will fit that as ultimate fallback