Flying in ever.changing conditions in Jersey

A day I hadn’t planned to fly as fog covered most of the airport and surroundings … then .. whilst outside doing some tinkering .. it suddenly opened a small blue gap …. jumped in .. started up … called the tower … and was off for what I had hoped would be a few evening circuits …

As I lined up … the tower held me as the viz had dropped at the far end of the runway … then back up … took off in clear and then went ‘on top’ half way down the runway !
On positioning wide behind the landing EasyJet .. the tower lost sight of me as they were enclosed in fog as I taxied in ..

Practice whatever the weather … this session I remember not setting the smoke oil mixture correctly .. then being something like number 3 to land …as the murk rolled in 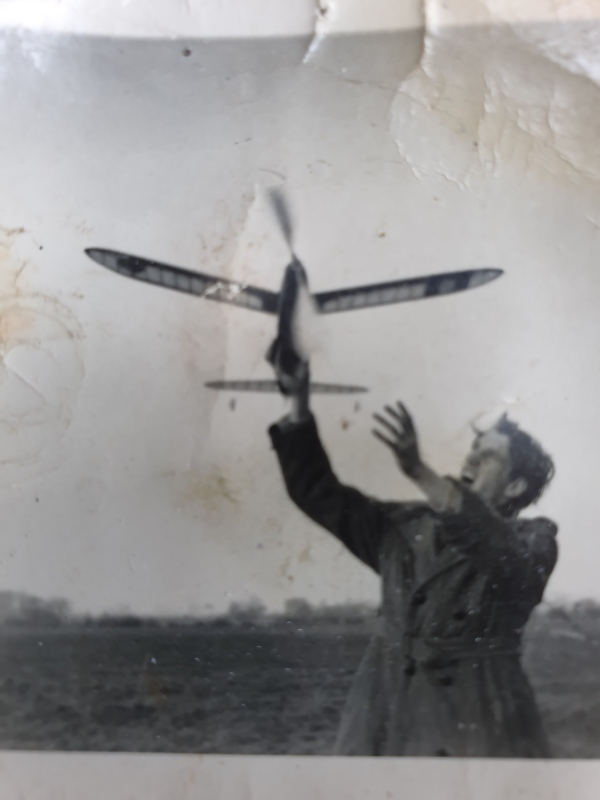 It was about 30 mins drive from our home in Stockton so we spent most weekends it seemed running over the moorland chasing wayward free flight models of various sizes.

My main job in the early days was to hold the Wakefield rubber powered models and get castor oil all over your ‘nose hand as you stopped the multi thread rubber rubbing against the nose sides as the winds went on and on … holding the lead counter balanced half calved prop as you connected the 16Swg drive up ..

We then moved into the Jetex era … great fun .. pellets of explosive and fine starter thread and the 2 and eventually 3 section load barrel .. with the small heat sink so your little balsa and tissue model didn’t become a fireball ..

Eventually, after my first pay packet, bought a 6 channel Futaba radio control which made life miles easier … although testing my first 4 channel aircraft I managed to knock the throttle on test taxiing and off it zoomed … I leapt forward to catch the wing only to have it swing around and cut my wrist … just missing the vein ..

Most of my model flying was gliders on the amazing Black Hambleton on the North Yorkshire moors.

Great to share the hangar with such interesting aircraft

It took about 5 minutes to tie the legs (preventing a Bambi !) And then about 1 minute to clean the nut and remove the wheel

Second one.. port.. looked just the same .. clean as a whistle but .. when I tried to pull the spacer off for cleaning and regressing it didn’t move…

I didn’t want to force and was running out of light in the hangar so did it all back up and will nip back to free it .. investigate and clean and regressed

Possibly explains the graunch noise as brakes bite .. when the hub is against a non moving collar

A local photographer, David Pierce was photo bombed by my Low fly by .. as he lined up a wonderful shot of the massive moon ….