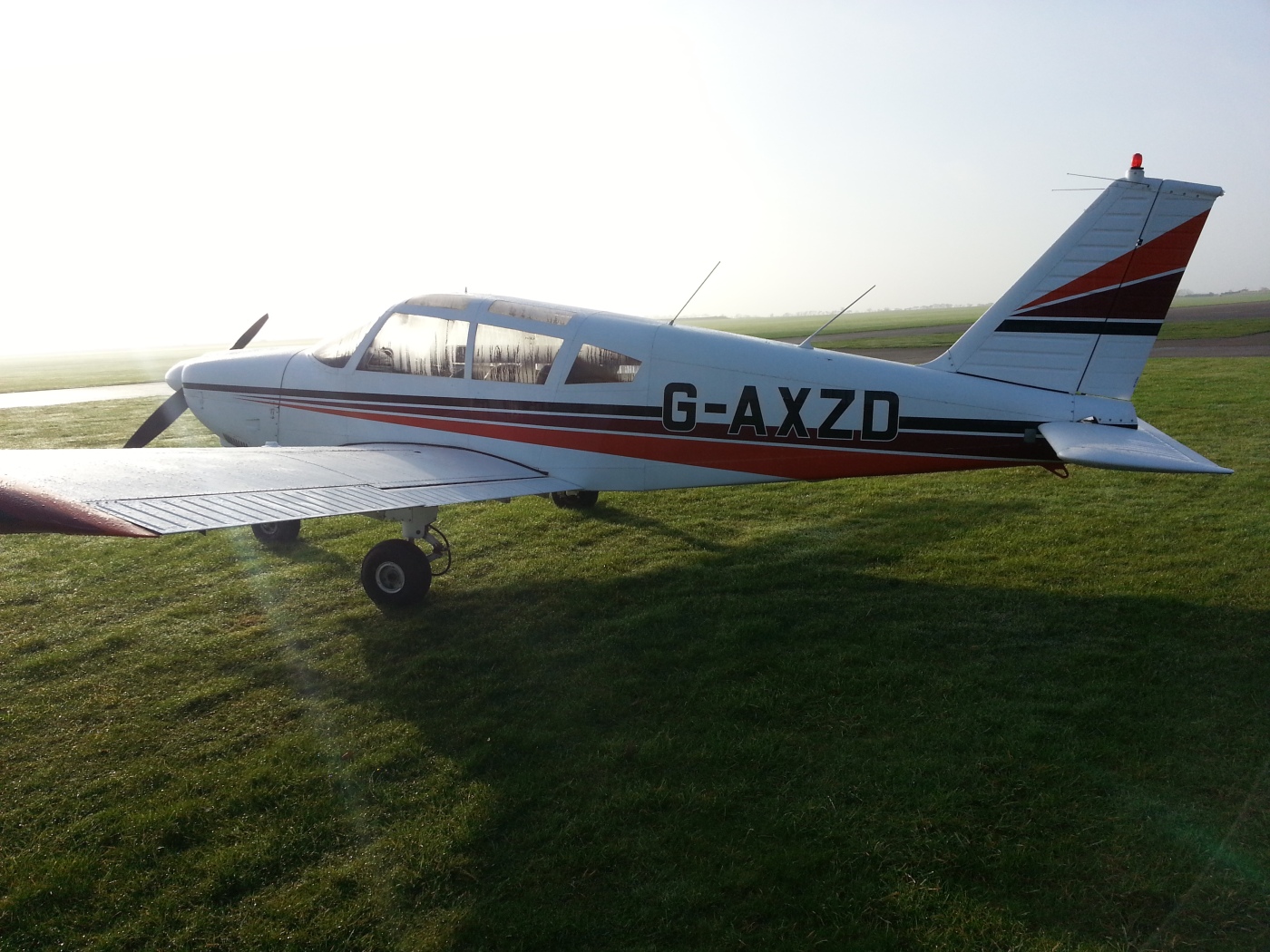 Dropped a colleague off in Oxford on Saturday morning – one of those crisp clear Autumn days you seem to get occasionally nowadays !

Viz was great as we climbed out of Jersey and headed for ORTAC then SAM then CPT skirting the Brize zone and into Oxford. My son Sam was along for the company and flying experience which was nice.

Oxford were quite busy with ‘Grand Prix 1’ taking off just before we landed .. love the call sign !

We landed on 01 but weren’t allowed a straight in from the South due to other traffic. Nice tight left turn onto right base then onto finals. Quick ‘show of the face’ to clear customs and landing fee and MORE IMPORTANTLY pick up the 3 sheets of Balsa that my other son Benjamin had left. (£9 for the balsa and £30 to ship to Jersey ! – so had opted to pick it up next time in).

Then back in .. find the Duxford maps in the ‘plane and take off for the 25 min hop to Duxford. Mist had started to settle on this leg which made the sky look amazing even if straight ahead went down to around 5k !

Duxford were fantastic… so so helpful .. we had a ‘plane load of Christmas presents to drop off AND pick up for Jersey and my Dad and Sister had driven over from Cavendish to meet us. Instead of paying the entrance fee for a short pickup Duxford Tower kindly called the gate and said let them through to park near the tower … actually at the foot of the tower !

They then took the trouble to go to the car and suggest they move to the warm room under the tower. They even then asked me to report 5 miles and 2 miles out so they could go down and point out to the West and say ‘There he is” !

Duxford announced “Welcome to Duxford …. continue to the end and taxi to park right in front of the tower where your visitors are ready and waiting” 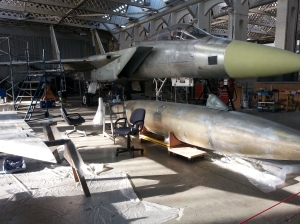 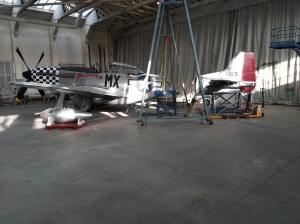 Nipped into Hanger 5 to see what was being worked on … paint job on the F15 makes my decking look tame ! also the split Mustang cradle was neat

What service …. cant wait to bring the Sherwood into there