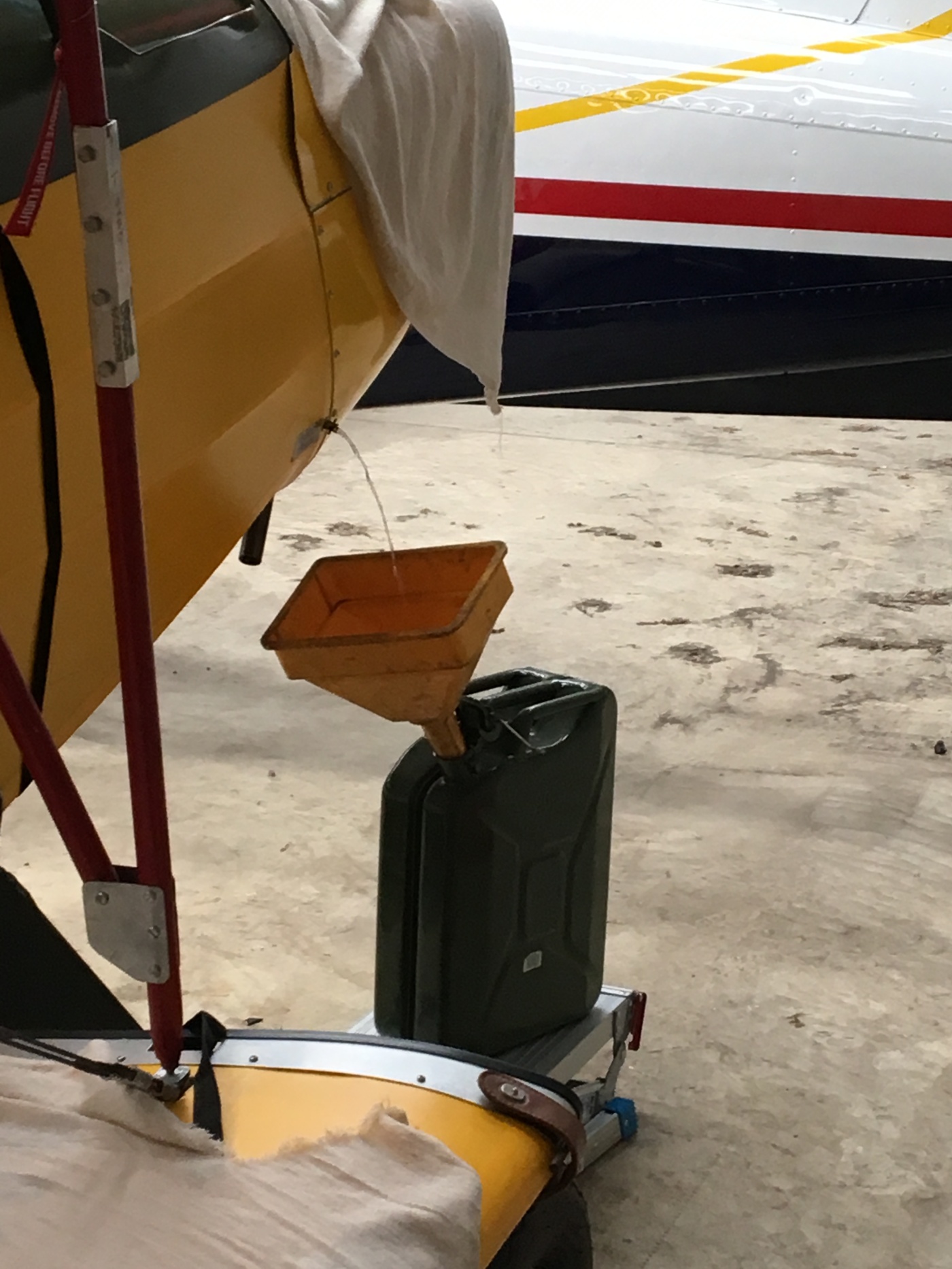 I flew for around an hour a week or so ago .. lots of nice friendly circuits and bumps on a very busy Saturday morning fitting in and out of loads of local traffic out enjoying the sun and an interesting 10 kt crosswind plus around 4-5 Airbus in’s and out’s .. busy with end of season holidaymakers.

When I landed I was going to try to refuel but – as we still have no self fuelling, the poor guy on ATF fuelling was running around between jets and the odd avgas request. I opted to just fold the wings and put her in the back of the hanger and fuel next time. They cant fuel inside the hanger so you have to be onsite which isn’t always easy.

Then I saw Graham around (our local engineer) working on a Saturday (again !) helping some guy on a Baron with no brake pads 🙂 Having helped push the Baron back I asked Graham that if he saw the fueller and had a spare jerry can could he try to get say 15-20 litres (Point 1). Then, seeing how busy he was, said don’t worry and then left for my other half’s promised shopping in town that morning !

The following Thursday, I got the door access key to the hanger as I was going to be working on the aircraft late (way after all the club guys had gone) getting a few last minute bits ready for the air show.

After fixing some permanent air dams and painting the cowl I put the top and bottom cowls back on .. it was now around 21:00 and pretty dark (Point 2).

I started to tidy up after the work and put the tools away and there, behind my ‘plane but clearly neatly lined up with some of my other bits .. two brand new big shiny red 20L Jerry cans .. which, on lifting, were clearly full … (Point 3)

I thought what a little star Graham is … (Point 4) .. and duly set about getting the ladder and funnel ready to fill. I did think it slightly odd he had left me 2 full cans .. so 40L but hey ho .. always going to be handy and will get used inside the next week.

Having put around 15L in – the tank was about 2″ from the top … any more and it simply syphon’s out in flight on the first banked turn … scary when it first happens as you get a face full of fuel .. then you learn .. don’t overfill !

I then got clear of the aircraft and texted Graham to say what a star he was and many thanks ….

The story then takes a little downturn … “..What tanks of fuel ….” says Graham !

I wont bore you with the following missives .. suffice it to say it went along the lines of OMG and what could it be .. it certainly smelt and behaved like fuel .. BUT .. there was no way I could trust it until I could pin down an owner … the OWNER whose fuel I had just ‘stolen’ !!

Luckily I was traveling for a few days – flying to Oxford, so I could widen the texts and contacts and emails to chase  provenance of the contents, certainly before flying again.

I had already made my mind up to drain as it simply wasn’t worth the risk.

It then came to light that the gardeners had been working on strimming and tidying the surrounding area (presumably as part of the pre airshow prep work) and it was their fuel for the strimmers and lawnmower.

I suppose, like all ‘problems’ .. it usually isn’t simply ONE THING that bites you … I got about 4 nibbles (the 4 Points above) where assumptions, and some completely disconnected person leaving 2 cans of fuel right where I would have expected them, and WHEN I might have expected them leads you very precisely to the WRONG solution (solution being the operative word !) 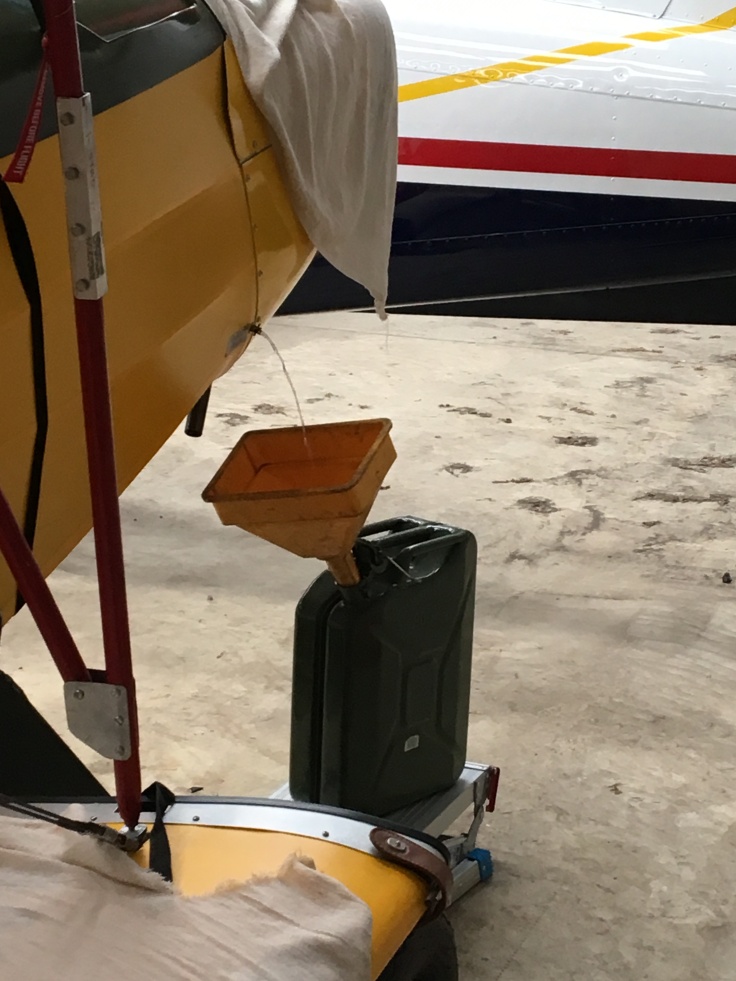