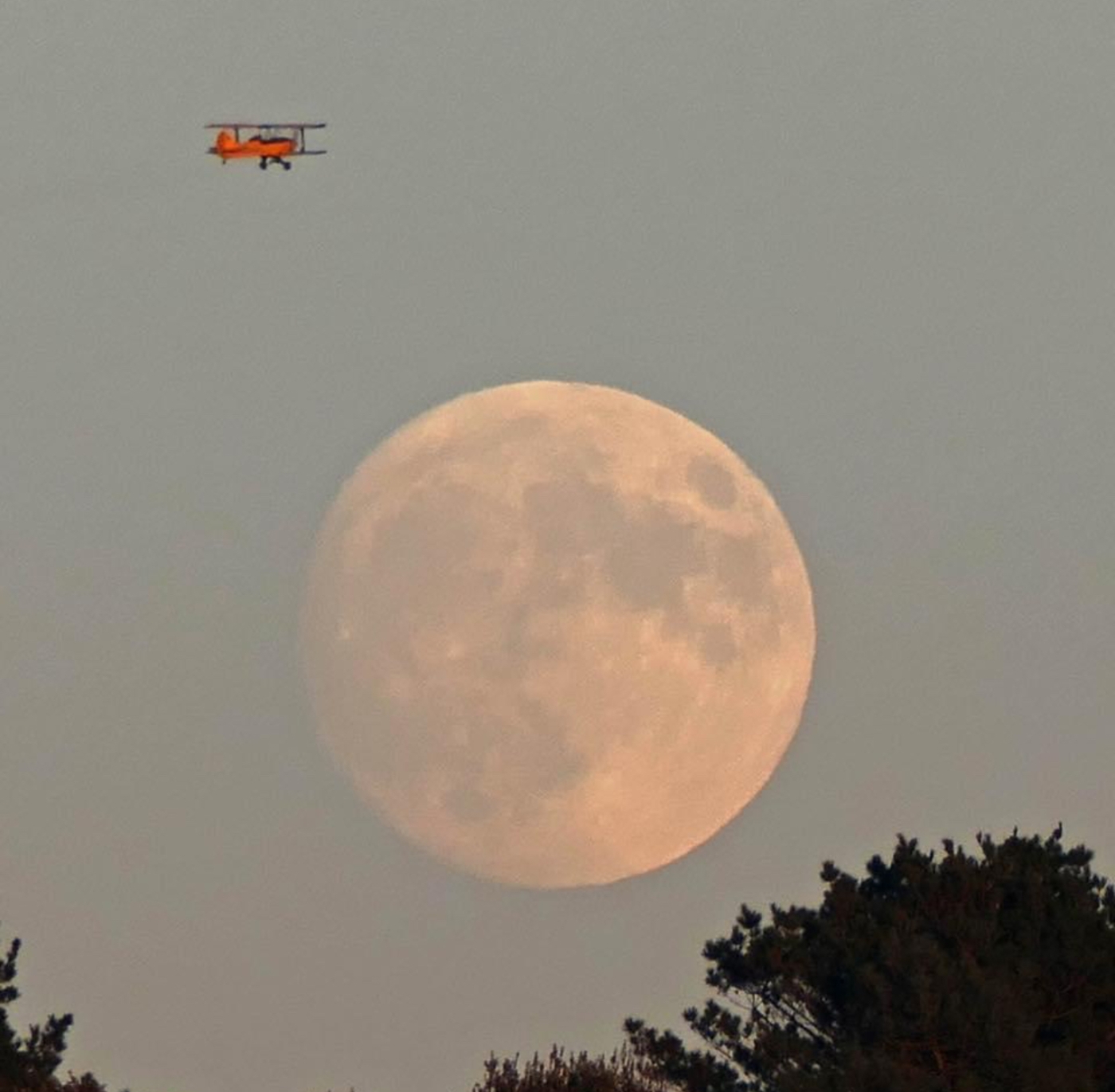 I took off towards the end of the day with a tank of smoke oil and some still air … so thought it would be good to try some heart shapes over the field.

Getting a decent shape is def going to take some practice but I think I have now worked out the method in a slow draggy biplane …. you start at the top and make the first turn … normal part of a circle then widen it out to make the elongated bit towards the bottom end of the heart … then smoke off …

The trick is to then turn your head AND the ‘plane as quickly as you can .. tricky when you are strapped in 4 ways … to get the aircraft back to the start point … before the smoke dissipates …

My friend Pam just happened to be in St Ouens bay car park with her kids when she saw it and kindly videoed.

The lights was rapidly beginning to fade but the flying was great …. I don’t have lights fitted but have pre run wires in the wings for strobes should I want them ever. The panel lights looked great but really emphasised that it wouldn’t be long before technically it was night !

I asked for my ‘usual’ last bad weather close turn circuit to land and it was at this point that a local photographer was apparently down on the coast just nicely lining up his camera for the large shot of the moon with trees just in the foreground. Then this little yellow thing buzzed through his shot on a close circuit !

Amazing luck to get the shot and great that someone s passed him my details so that he kindly sent it to me.