Been a very busy Easter weekend 😀

Filled her up to the top and set off for the endurance test .. the wind was a cool breeze varying 12-14 and around 30 degrees off the 26 runway

Knowing how cold I got in the stall tests the other day I had my full ski gear on underneath.. long johns and top as well as a T shirt plus a fire retardant top I bought ..Same one Williams used for Bottas last year and then a jumper and then the flying suit !

Feeling a bit like Michelin man I clambered in .. some people pay a lot of money for gym membership .. I get in and out of this ‘plane in seconds exercising both legs, arms back full upper body .. and not a trainer in site 😀

Up and away to the SE corner of Jersey and decided to re run the power climb tests .. the sea looked Caribbean (shame I hadn’t cleared the go pro down as the next 2 hours of wing over shots to show the island in all its glory were lost as the camera stopped before I actually started taxying ! Doh ! )

I then thought I could use the descent to check the VNE handling … so wound down a bit … told the tower my plans as I didn’t want them worrying me suddenly dropping off radar !   Then pushed gently forward … I eased the throttle back so as not to overspeed the prop

As usual .. first attempt .. I was too timid and she went down but nowhere near fast  enough .. the ground .. well sea .. loomed and at 800′ I abandoned it and elected to go back up and try again

Back up to 2000′ and pushed again .. it needed to feel more vertical and the classic view of the world filling the screen ! Lots of rocks and sea !! The speed wound up and she felt absolutely solid .. the Stampe used to whistle as it had solid aero shaped bracing wires and these used to ‘sing’ as you plummeted .. it’s not something that I particularly enjoy .. as you start thinking of those dinky little wing bolts and those bracing wires you made 2 sometimes 3 times .. until you were happy but THIS is the moment that you made and re made them for … this 10-15 seconds !

I eased out of the dive and the ‘plane felt a dream .. my EGT had gone haywire and I need to check with PHS why that might be .. one theory is that the mixture leaned on the dive ?I did get a face full of fuel on the initial pushover as the nearly full tank exited through the breather hole but had that happened once before and it’s no big deal as it stops as soon as you level out

I then proceeded around the island to crank up the 2 hours …so around and around I went.. the EGT eventually settled down and all other indications were fine

About an hour in the tower asked if I was wanting to come in from the NW corner for landing but advised another trip around was needed. SkyDemon says I did 86 miles .. ok a lot of it was straight up and straight down vs flat in line 😀

At the 90 min mark I couldn’t feel my toes as it was pretty cold so pulled my legs back in turn to flex them and get the blood moving !

Did a go around and then as the 2 hours came up called for landing .. guess what .. you are number 5 to land ..

Its not often I have made the next call .. in fact never ! I didn’t actually call a fuel emergency but said that this was an endurance test .. it was now at the END of that test and pretty please could I NOT be 5th !

Tower were great and I got bumped up to no 2 and asked to follow the ATR in … i was zigzagging to make the 4 mile vortex spacing but stay as close as I could to the beach ..

Rolled onto final as the ATR vacated at the end and purred down the final approach .. tower kindly gave me two wind checks as the wind was now a steady 14 slightly off

Side slipped down hoping my toes would not behave like the blocks of ice that they felt and I could get her in wing down and hold off for the landing .. on checking I reckon I had 30 mins fuel lefT

Footnote – 24 hours later – got her fillled and she took 30 litres .. proving I had 10 left in the 40 litre tank .. so looks like endurance of2.5 hours although will probably normally do 1 hour stints then fuel up 😀 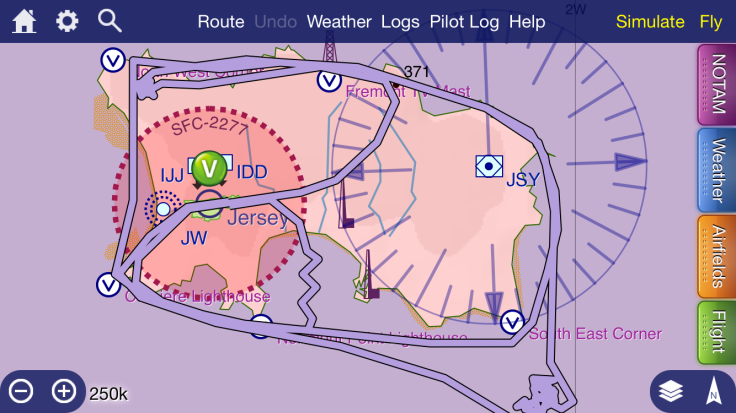 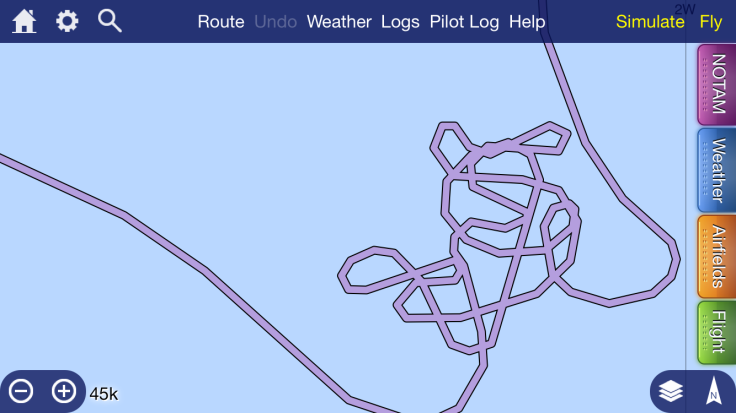