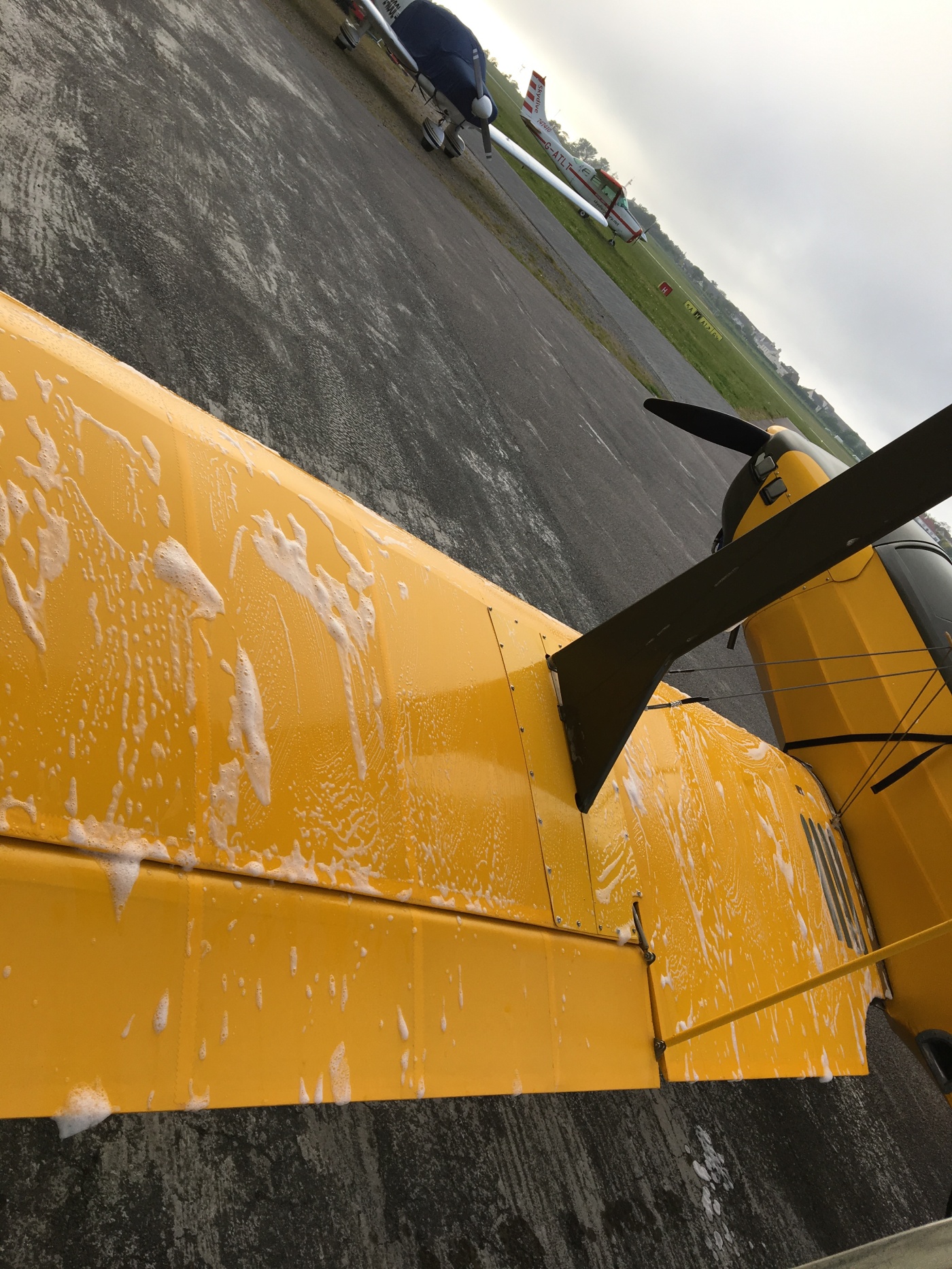 May 9th and our brief 48 hour session of wall to wall sunshine and gentle winds evaporated and went back to a good old Jersey pea souper … BKN below 200 in the morning and didn’t really lift much all day.

Decided to pull her out of the hanger and get a good wash down, using the TLAC soapy bottle which really helps get a sheen when dried off.

It was about 7:30pm and the bubbles and bits were going well and at around 8:00pm started to hose off the bubbles. Also managed to get the streak of muddy bits from the underside that had inevitably spun up from all those landings. 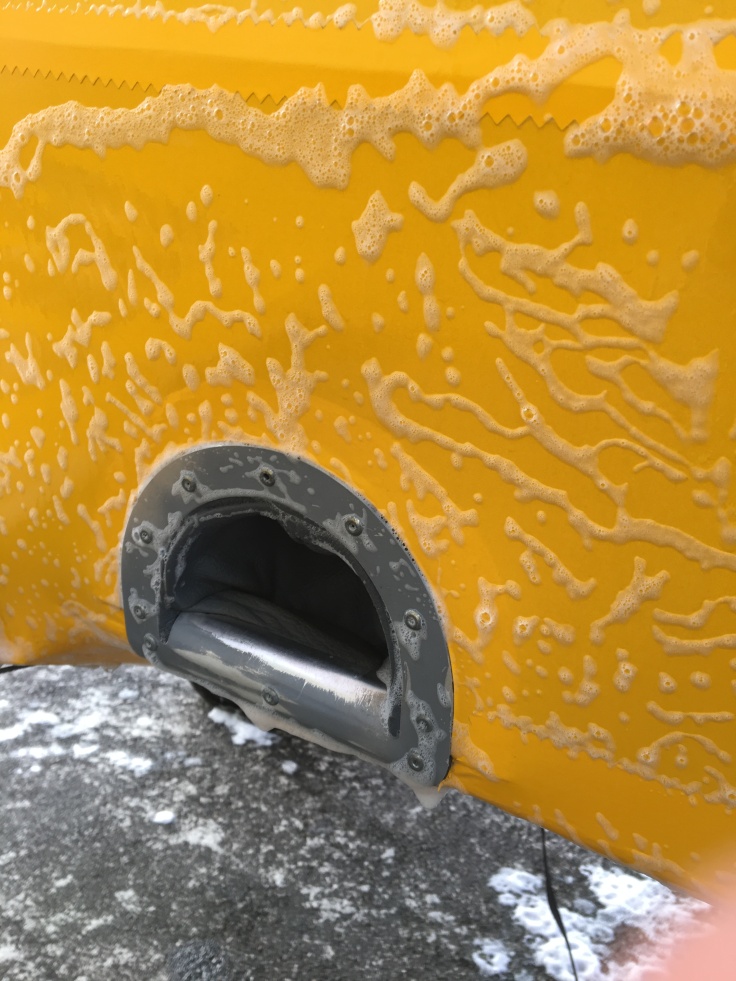 I had leathered most of the water off when suddenly there was a break in the cloud and the sun beamed through .. albeit a very much setting sun !

Dried off as much as I could and called the tower for a “quick circuit” … 10 minutes later .. nicely warmed oil and lifted off into a brilliant dazzling sunset …

Pulled some lovely wing overs and headed off downwind and was asked if I could keep it tight and fast (a relative term !) and they would squeeze me in ahead of 2 Airbus 320’s …I had been debating doing one or two circuits so this made the decision easy … “Happy to stay in the bay” .. St Aubins bay is a useful holding area but quite close to the centreline so can set off inbound TCAS so each inbound has to be advised of me holding.

The Easyjet and then the BA landed so I ended up making my last hold as close as I could to a tight ish left base … as I trundled in the tower said it wasn’t going to work as the next Airbus was now only on a 5 mile final … hey great …. more whizzing around the bay … loads of tight orbits with the sun successively in front then behind then under then over ….

Another Airbus came in and then an inter island ATR came in low from the North from Guernsey ..

By now .. my “quick circuit” was approaching 40mins and it was pretty cold .. the sun was now well down and the tower had turned the approach lights on .. runway 26

As it was an ATR I had to have a 5 mile spacing for vortex wake turbulence .. so just eased right back to 50 and drifted slowly towards a shortish final

As I rounded I realised how dark it was and how cold it was 😊 .. wings folded and away safe and sound … nearly a night landing ha ha